The plane took off from the Santa Maria Army Air Base on 30 December at 16:19LT for a direct flight to the American air base at Orly, Paris located on the north side of the civilian airport. When the plane arrived at Orly at 01:19LT the control tower informed the pilot that Orly was closed due to ground fog and he was directed to proceed to the alternate airport (Marseilles). The pilot told the tower that he could clearly see the runway and he wished to land. After some discussions with the tower the plane could land, but it would be on the pilots own discretion. The plane entered a thin layer of ground fog on final approach and the pilot lost visual contact with the ground. At 01:57LT the plane made contact with the ground short of the runway, slid up on runway again for a short distance when no. 3 engine dropped off due to the impact of the crash. At that time the plane caught fire, but continued another 225 meters until the landing gear broke and the plane veered to the right and came to stop just off the runway. All 6 crew members escaped without injuries.
Fire trucks arrived 4 minutes after the crash and the fire was brought under control, but several explosions made it difficult to stop the fire which lasted for almost 5 hours.

The American Air Mail Catalogue (AAMC) page 272 mention a crash listed as 4512 —  Date and Location unknown. I am pretty sure that it is this crash.

As the War was over many of the APOs ceased operation from November/December 1945, but the APO number often continued to operate as “mailing address”.
The salvaged mail was brought to the U.S. Army APO 350 stationed in Paris where it was processed.
The APO used different rather primitive looking handstamps on the mail. These were produced locally by putting together individual  rubber letters. Daamaged mail was forwarded in the standard War Department Official Business covers.
So far I have only recorded one Nordic related item from this crash. 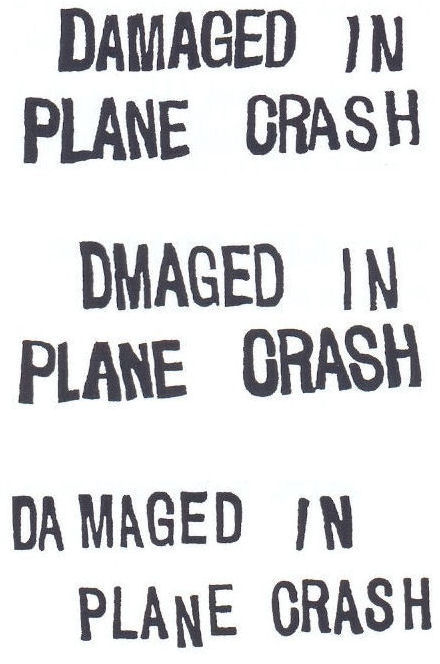 The AAMC list 3 different handstamps for this crash.
All are different from A. above.