The plane arrived at Copenhagen at 14.55. At 15.31 it took off for Stockholm. At an altitude of 75 meters the plane suddenly stalled and crashed about one kilometre from the runway. The plane immediately caught fire.
The cause of the accident was failure to remove the elevator locking pins which had been mounted while on ground at Kastrup.
Among the passengers were H.R.H. Prince Gustaf Adolf of Sweden, the American singer Grace Moore and the Danish actress and singer Gerda Neumann.

On board the plane was 82 kg of mail from Belgium and Denmark mainly destined for Sweden and Finland. Due to the fire only a part of the mail was recovered.
The recovered mail was brought to The Reexpedition Post Office in Copenhagen where it was sorted out.

Number of items in my records:

(*)  Two items sent from Belgium to addresses in Denmark are known. Perhaps one mail bag was by mistake not unloaded in Copenhagen?

The Danish Post produced labels with text in Danish language which can be translated to “Damaged in the air crash at Kastrup Airport on 26. January 1947. The Reexpedition Post Office”.
The size of the labels vary as they were printed on large size paper and later cut from the sheets.
Even if the text is the same I have recorded 3 variations in the arranging of the text:

The Swedish Post also produced labels to be used with forwarded mail.

Translation:
Malmö on 30 January 1947.
This item has been damaged in an airplane accident at Kastrup airport on 26 January 1947.
Post Office Malmö 1.

Same text as B-a. but different arrangement of the text.

Translation:
The letter was on board the airplane that crashed near Copenhagen on Sunday 26 January 1947, when H.R.H Prince Gustav-Adolf died. 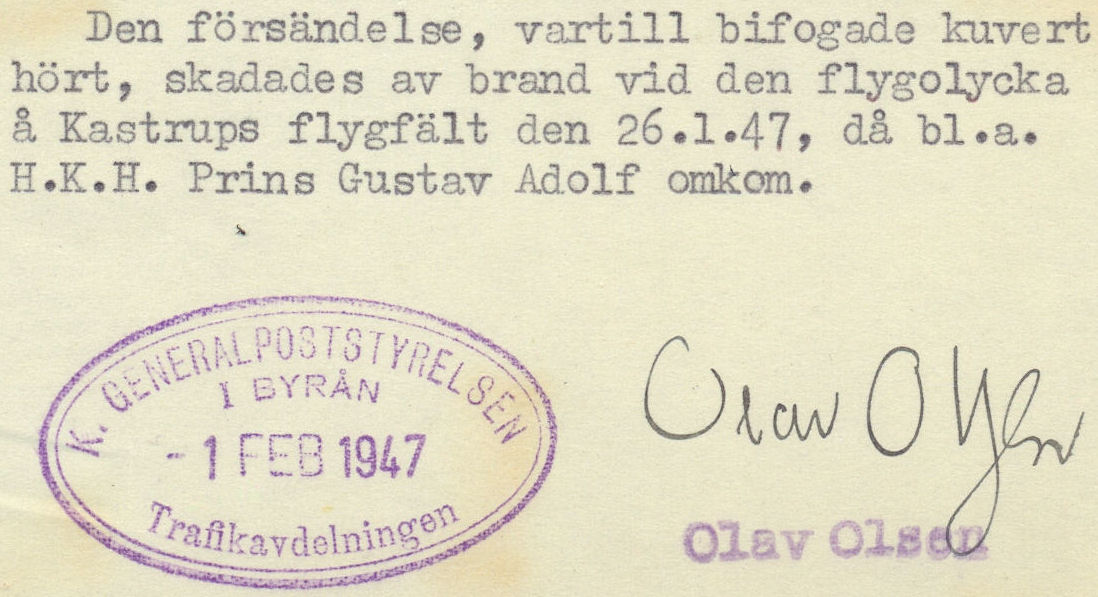 Translation:
The item, to which the enclosed envelope belonged, was damaged by fire in the airplane accident at Kastrup airfield on 26.1.47, when among others, H.R.H. Prince Gustav Adolf died.

As above except for double space between the words “den  flygolycka”.

Translation:
Contains: /  Mail that was on board the Dutch airplane which crashed at Copenhagen on 26 Jan. 1947, when Prince Gustaf Adolf was killed.

These two labels are quite a mystery. They were written with the same typewriter on glossy paper and glued on a Danish servicecover type J.6. Both letters are addressed to the same company in Finland – Takha & K., Helsinki.

Translation.
Fire damaged envelope from the air crash on 24.1.47 in which Sweden’s Crown Prince G.A. was killed.

The text is not correct as G.A. was not Sweden’s crown prince.

My theory is that these labels were put on the covers at a later date to describe the content. 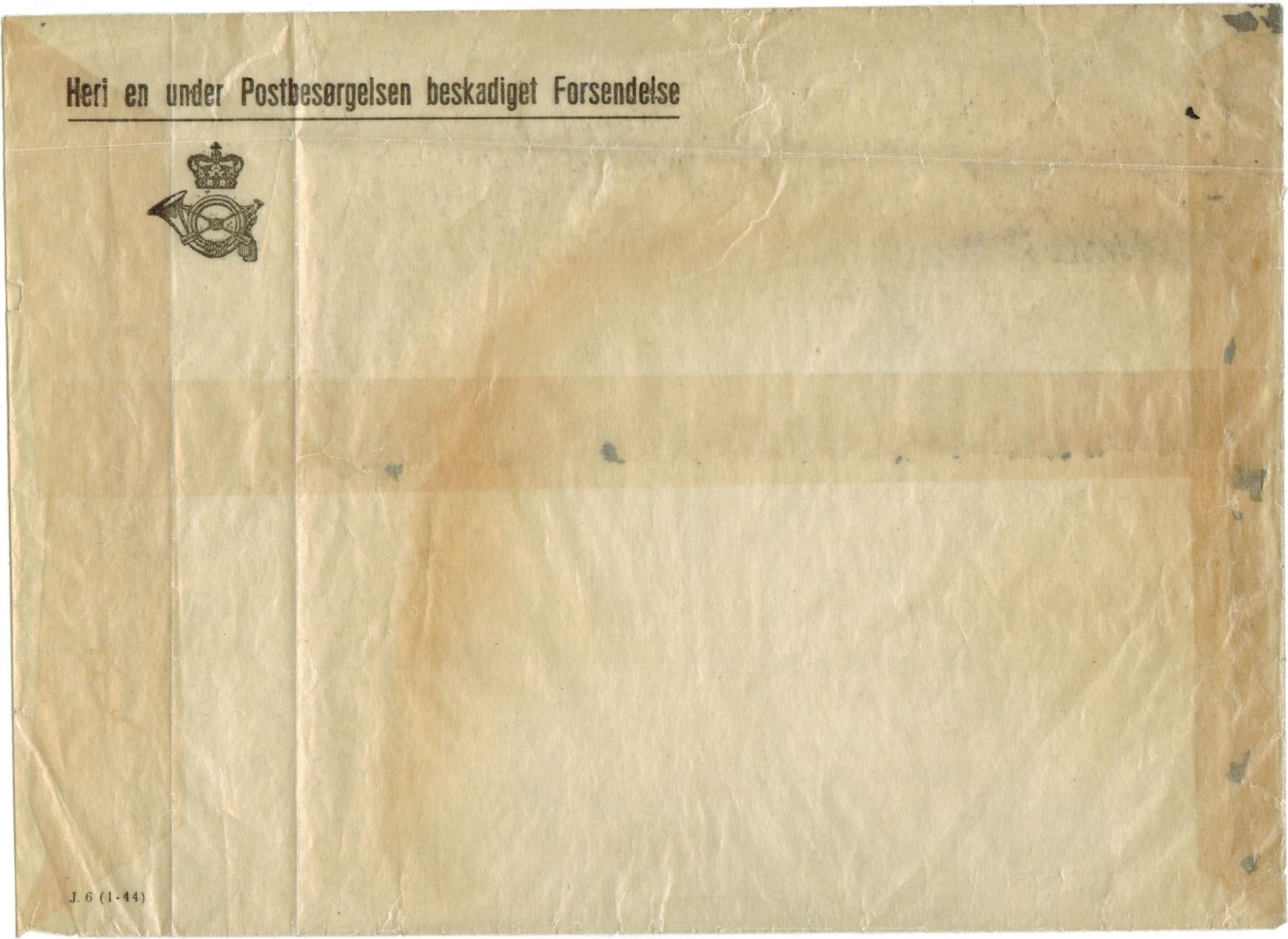 French text with postmark
of BRUXELLES/BRUSSELS.

Translation:
Debris from letters sent to us by the Danish office, following the Kastrup disaster

Used on mail returned to Belgium.