Upon arrival in the Northolt area the SAS plane was stacked due to bad weather conditions. The stack consisted of three other airplanes incl. a Royal Air Force Avro York (MW248) on a flight from Malta.
At 14:45 the Northolt tower gave the plane permission to descend to 2,500 ft. At 14:59 the pilot informed the tower that he had decided to divert back to Amsterdam due to the weather conditions, and he was cleared to leave the area. At 15:03 the plane collided with the RAF plane about 6.4 km north of Northolt. The York was above the DC-6, and the DC-6 was climbing. The starboard wing of the DC-6 penetrated the York on the starboard side behind the freight door and detached the York’s tail unit.
Both airplanes crashed into the woods in the Northwood area and both caught fire due to the impact.
After fire and rescue crews put out the fires, the Avro York was completely destroyed by the crash and the only part of the DC-6 that was still intact was the rudder and tailplane, with the rest also  destroyed by the fire.

On board the plane was an unknown quantity of mail. Only a small part of the mail was recovered, and so far I have only recorded mail sent from Sweden.
The Danish Post issued a message listing the destinations of the Danish mail which was on board the plane. This list mentions many countries incl. most of Africa, Asia, South America, Australasia, but also some European destinations incl. Portugal, Great Britain, Ireland, Gibraltar and Malta. It seems likely that all the Danish mail, was destroyed in the crash.
It is unknown if any mail from the Netherlands came on board in Amsterdam.
The mail was processed at the Returned Letter Section, Mount Pleasant, London where different labels were used.
Some of the recovered items were returned to Sweden, where a label with Swedish text was used. 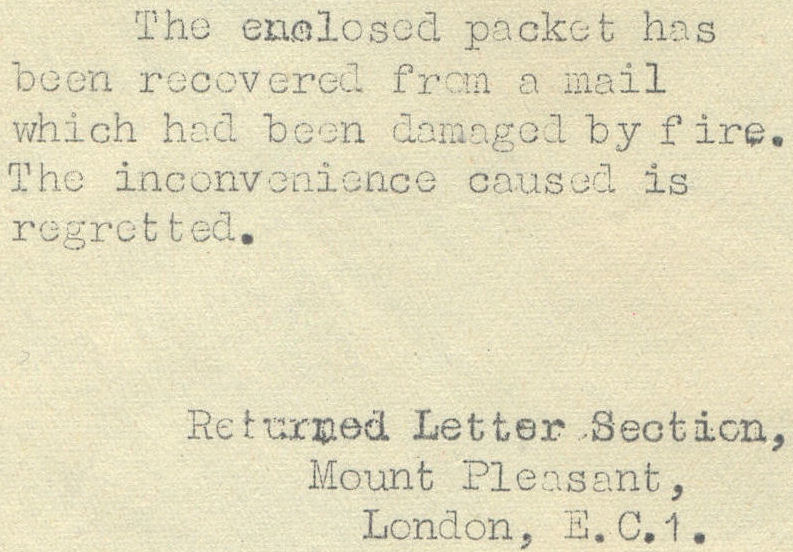 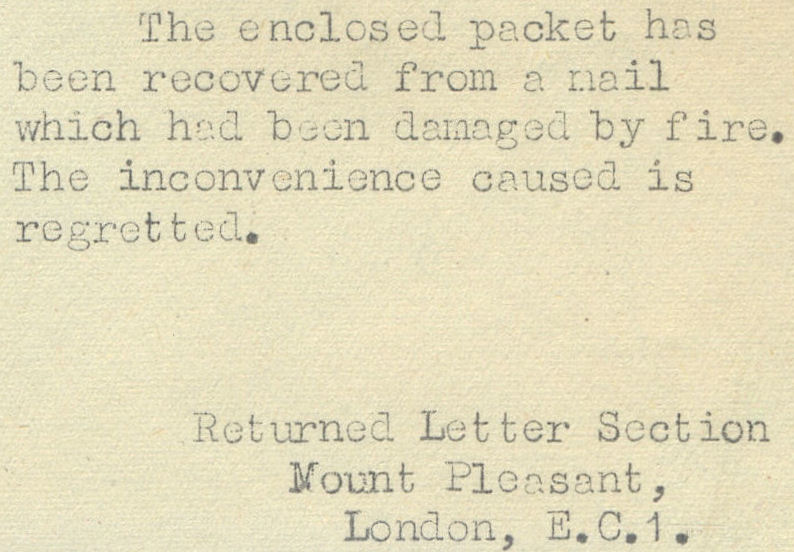 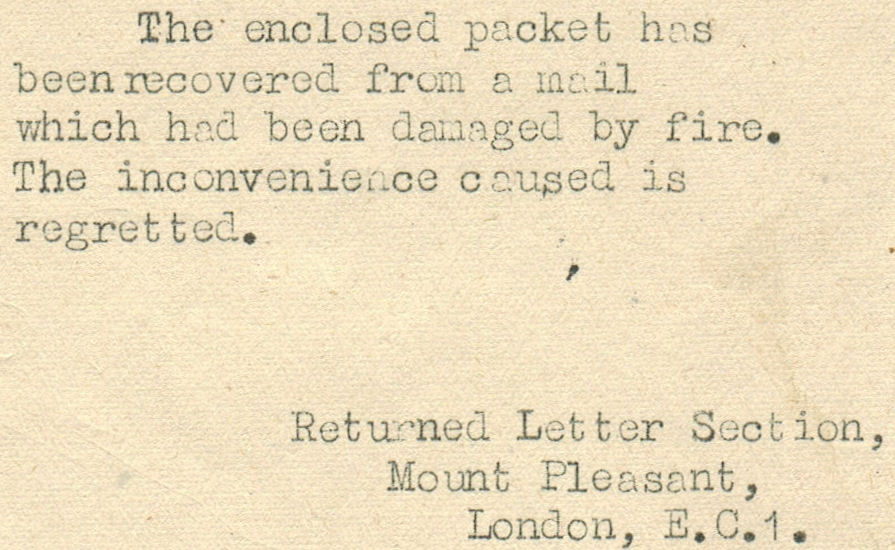 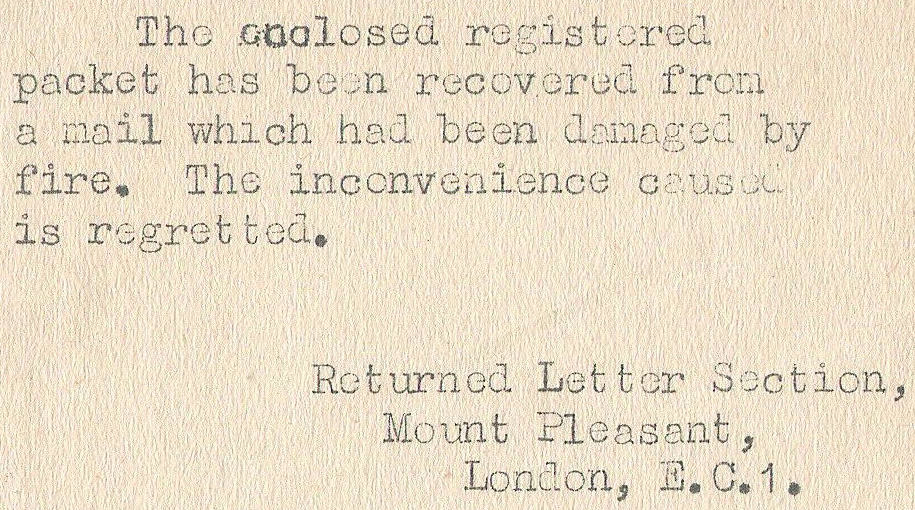 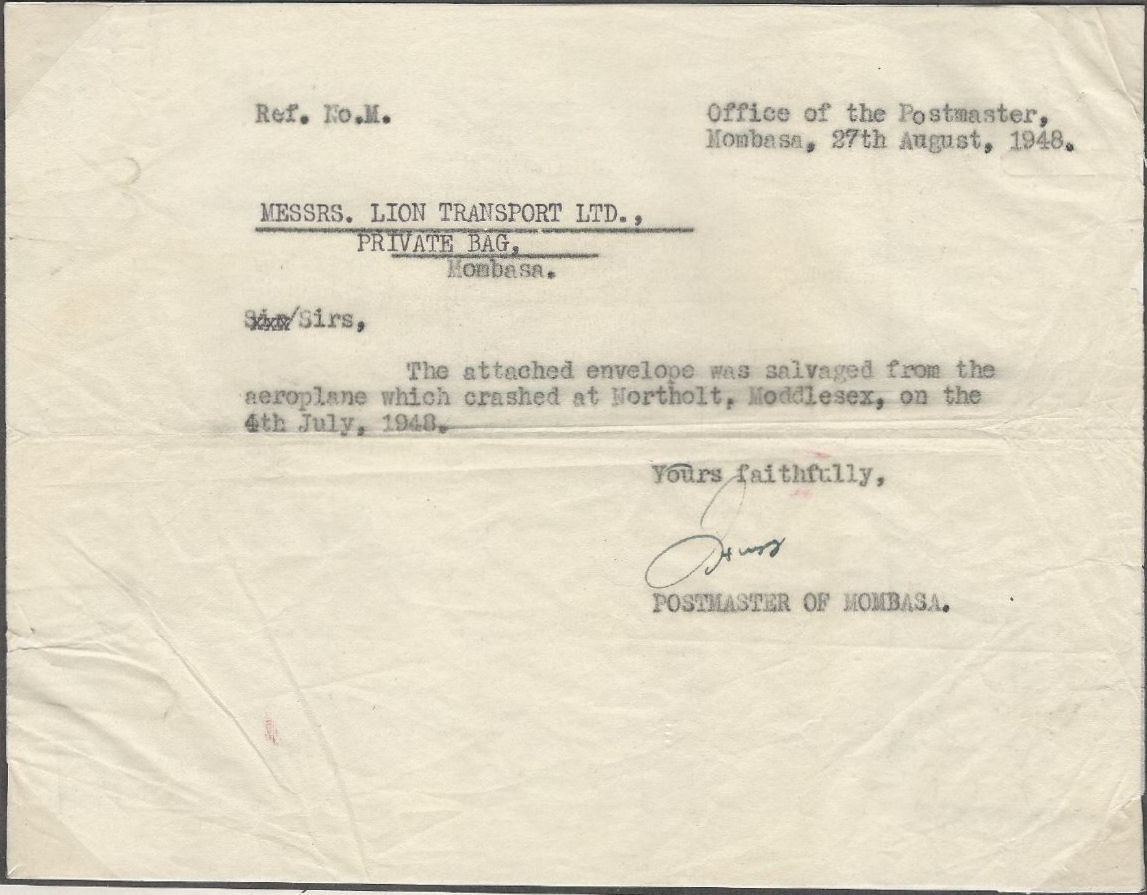 Used with a cover to Lion Transport Ltd., Mombasa and forwarded via the Postmaster of Mombasa, Kenya on 27 August 1948. 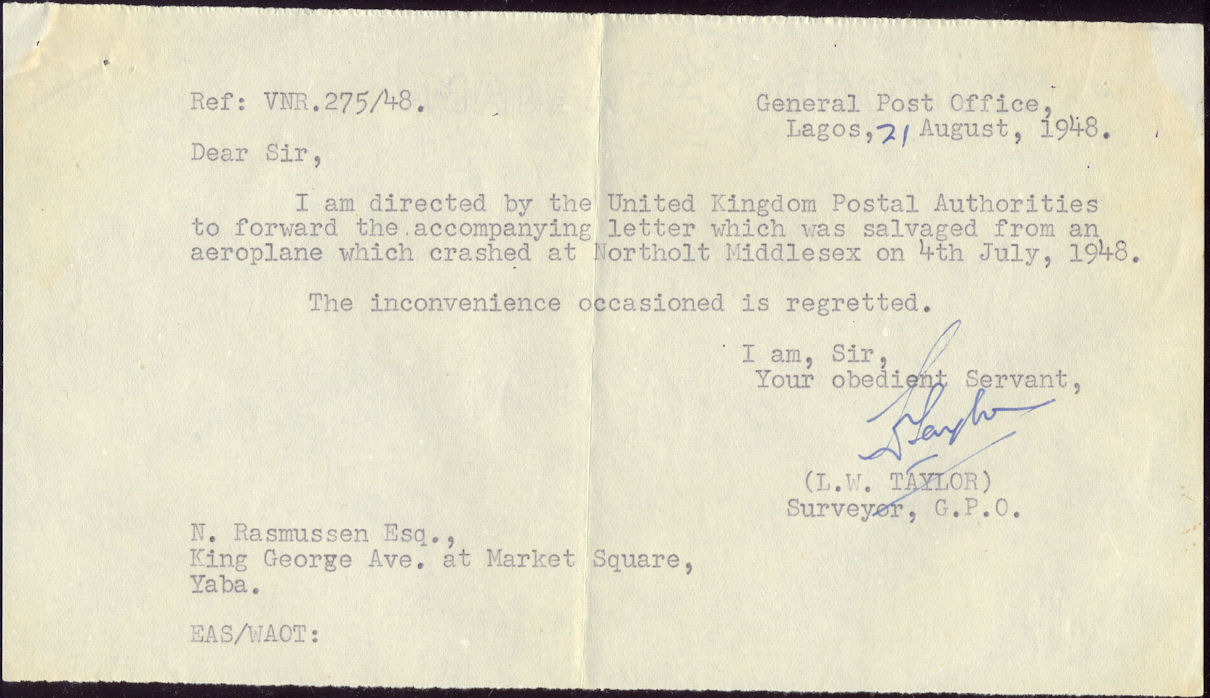 Used with a cover to N. Rasmussen, Yaba and forwarded via the General Post Office, Lagos, Nigeria on 21 August 1948.

Translation:
The enclosed mail item which was damaged in the air crash
at Northolt, England on 4 July 1948 is hereby returned.
The Royl Swedish Post Complaints Office.