The plane operated on the night time mail route from Nice to Paris via Marseille and Lyon. When approaching Lyon/Bron airport the plane struck a pylon in the village of Saint Priest and at 00:17 it crashed  2 km south of the airport and caught fire.
The reason for the crash was that the crew lost the orientation due to heavy fog in the area.

A part of the mail was recovered and forwarded by the French Post in Lyon with a French handstamp. Badly damaged mail was forwarded in a service cover.
As this was a domestic flight there was not much mail onboard addressed to any of the Nordic countries.
One cover to Sweden is known. 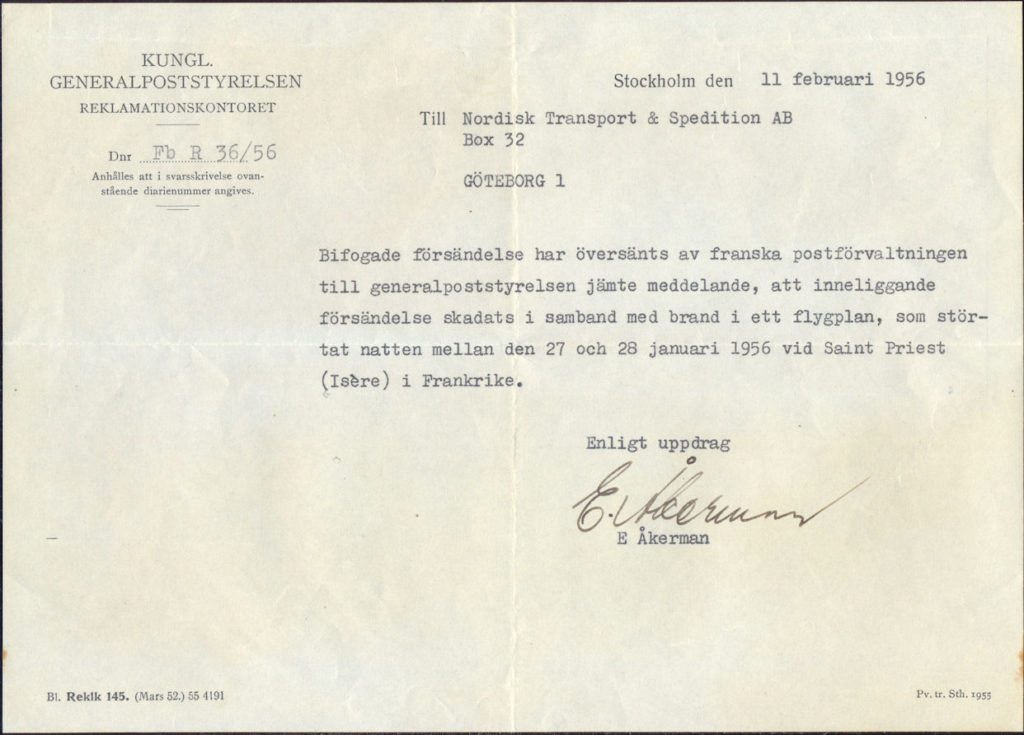 The Swedish text explain the reason for the damage to the cover.