The plane took off from Trondheim at 08:30 and passed the Tolga radio beacon at 09:12. In the area around Røros the plane experienced extensive icing which the ice protection system could not handle, and as the plane lost hight the pilot decided to return to Trondheim. The pilot was unable to navigate properly and at 09:50 the plane hit the mountain Hummelfjell at an altitude of 1.350 meters.
The accident occurred in an isolated area with bad weather (snowfall and fog) which made the search and rescue work very difficult. The first rescue workers only reached the wrecked plane the following day at 12:30 – 27 hours after the crash.

The plane carried some mail which was not so badly damaged. The mail bags were brought to the Oslo Post Office for further processing.
Until now only two covers from the crash has been recorded. They show different crash markings – see below. 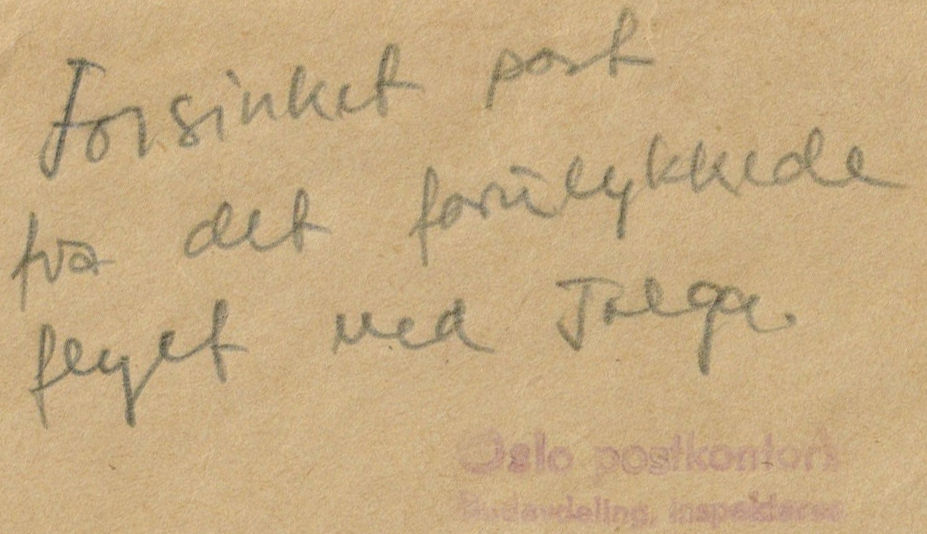 Translation:
Delayed mail from the crashed airplane at Tolga.